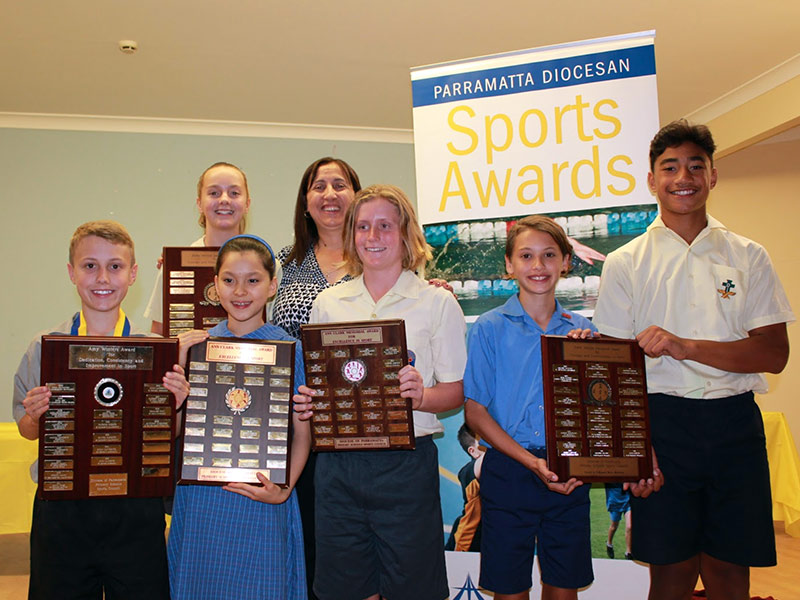 The outstanding achievements of 34 students in sport were acknowledged late last year at the Catholic Education Diocese of Parramatta Primary Sports Awards night.

CEDP’s Primary Sport Teaching Educator Margaret Thornton acknowledged the young sports men and women in the Diocese whose skills, determination, resolve and enthusiasm for their chosen sports filled the year with personal bests and outstanding results.

“Some of these students are athletes competing in the athletes with a Disability class. Many of us have sat in the stands at the swimming, cross country and athletics in awe of their courage and determination to just finish the race even though the pain is unbearable but the feat of completion is an awesome feeling. In my eyes these athletes who display a willingness to compete at this level should be proud of their achievements," Mrs Thornton said. 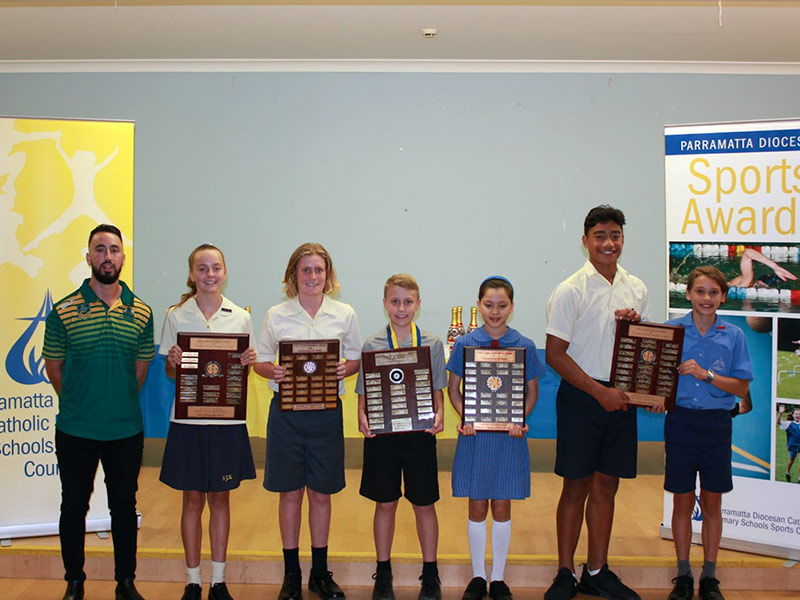 She also thanked the teachers, principals and acknowledged the importance of supporting roles of families.

Send us an email